Tomas Törnqvist is now 76-year-old and has lived in Kauniainen – Grankulla since 1983. His profession is a physicist but his passion is photography.

Tomas started photographing in the 1950 -60’s. The oldest photos from the exhibition are from 1961. Tomas has never been active in associations except for the amateur photography-club in Helsinki –Helsingfors. He took part in the association’s photography competitions for two years and has won the association’s championship and the picture of the year among other things. The photography-club sends their pictures to international competitions. Tomas took part in them and has won two the FIAP award (Fédération Internationale de l’Art Photographique).

Tomas was an older scientist at VTT and senior adviser at FN/UNIDO and IAEA, a very rewarding international collaboration.

The Tomas Foto exhibition is a combination of both old black and white photos as well as new digital colour ones. Some of the photos are taken of people from Kauniainen – Grankulla. His favorite places in Kauniainen- Grankulla is the swimming pool, Gallträsk and Thurmanspark.

The exhibition is a collaboration with the cultural services of Kauniainen – Grankulla.

The Gallery is free to visit for everyone, open for every age and is accessible for wheelchair users.
The Cultural services of Kauniainen – Grankulla are responsible of the Gallery. 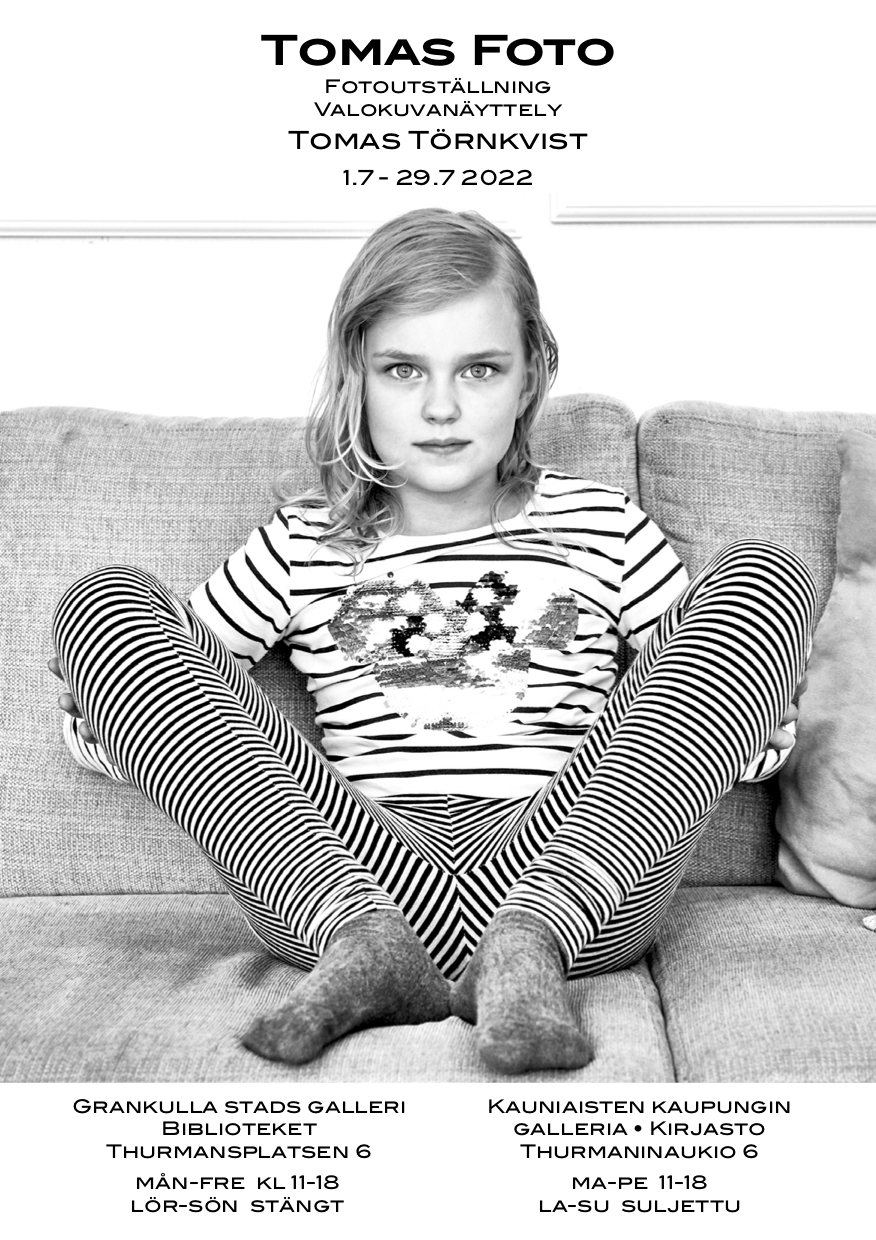 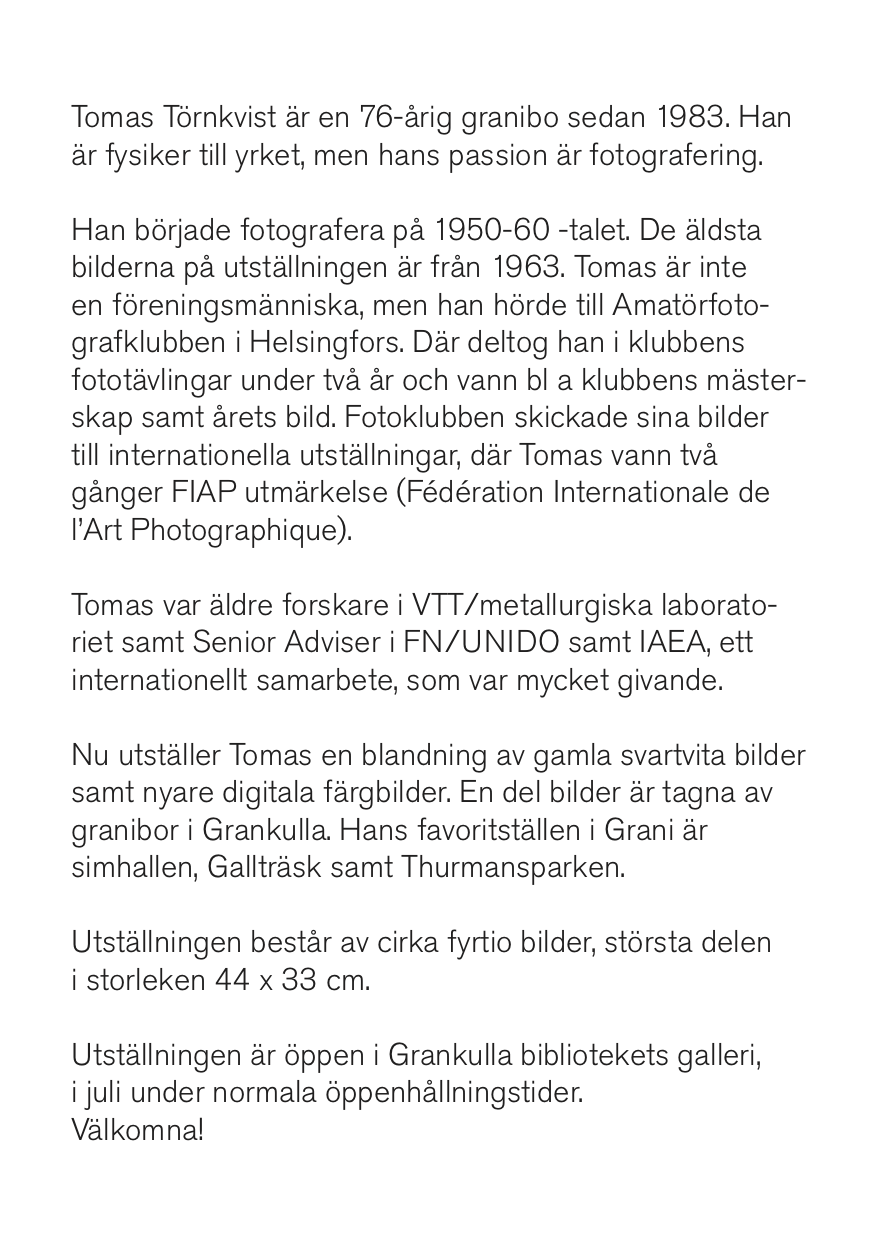 Art adds value to life Drawings and water colour paintings 17–26.8.2022 Barbara Cederqvist If I have paper and a pen,…

Take a trip down memory lane with the movie The Incredibles (2004). The Cultural services and the youth council of the city of Kauniainen is organizing a outdoor movie night.